Discover the vehicles of Scarface 1920

In Scarface 1920, you will become the king of Chicago only if you build the most powerful gang in the city, multiply your alcohol and weapons businesses, open new supply routes, bribe the authorities and, of course, have control of the always dangerous streets of the city.

You do your business in the streets, in the neighborhoods. And in businesses you will find the money, essential to climb to the throne of the city. To control the streets, expand or defend your territory, as well as to carry out sales, you will have a group of thugs at your command, but also a fleet of vehicles that will help you carry out those missions.

In addition, in the streets of Chicago you should keep an eye on the police, who could be one more enemy in your fight to control the territory… or a great ally. We reveal the vehicles that are part of the Scarface 1920 universe:

The famous car model that belonged to Al Capone is one of the vehicles that players can use in Scarface 1920. Each gang has three Cadillacs, although at the start of the game they can only use one in play if the player chooses it, and the rest will be unlocked as the gang is upgraded. 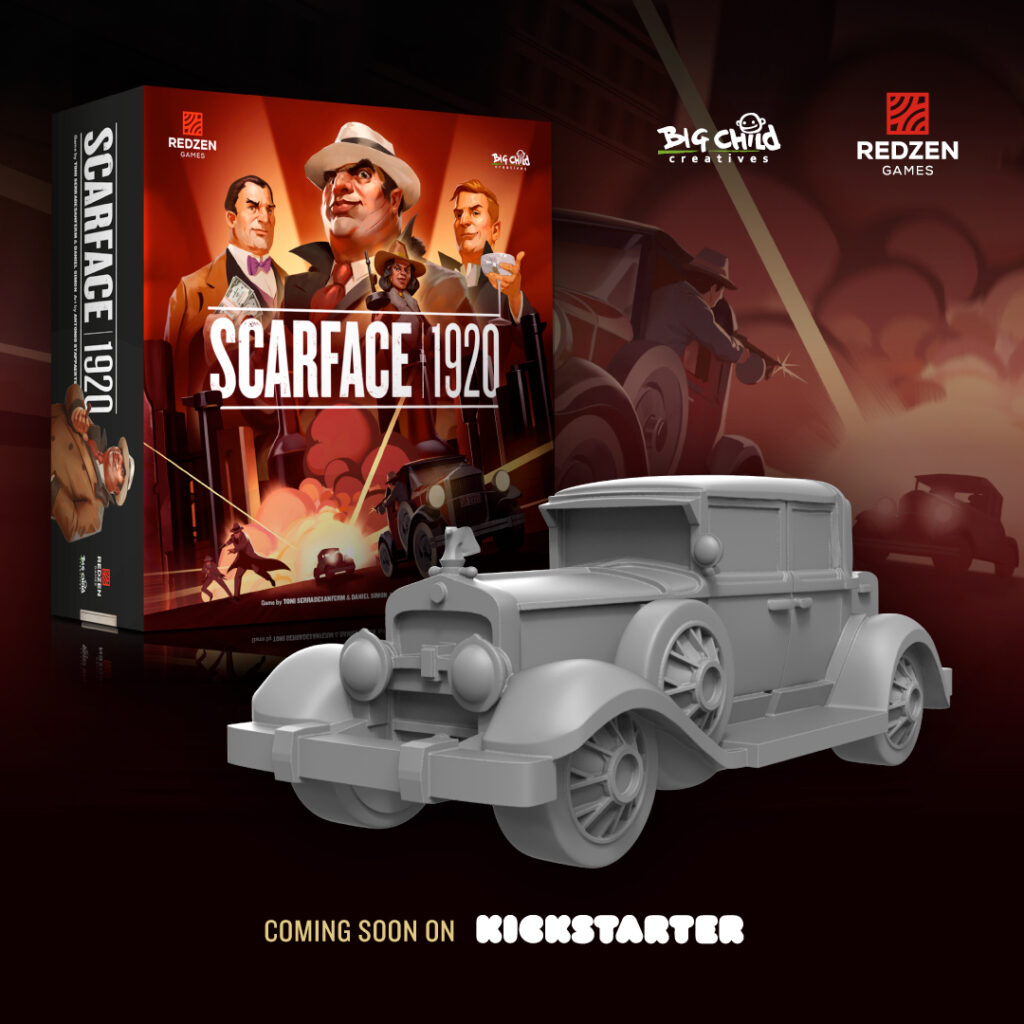 Cadillacs are used to move your men to any point in the city, since when moving on foot they can only advance to adjacent districts. In addition, each Cadillac will help you when it comes to storming the neighborhoods of your enemies or defending your own.

Territorial control is one of the keys to Scarface 1920, but so are the sales that take place in the neighborhoods controlled by players. In that sense, each player will have at their disposal two miniatures of the 1929 Chevy Truck, although initially they may only have one in play if the player chooses it, and the rest will be unlocked as the gang is upgraded.

Trucks do not participate in attacks or neighborhood defenses, but they are very important when doing business, as they provide additional supplies of alcohol and weapons when carrying out neighborhood sales.

The only cars that do not belong to the players are those of the Chicago police. These three brand new Ford T Coupe control the streets of the city and protect the districts, acting as defense units in the neighborhoods … although, for a small price, they can look the other way when you step in. 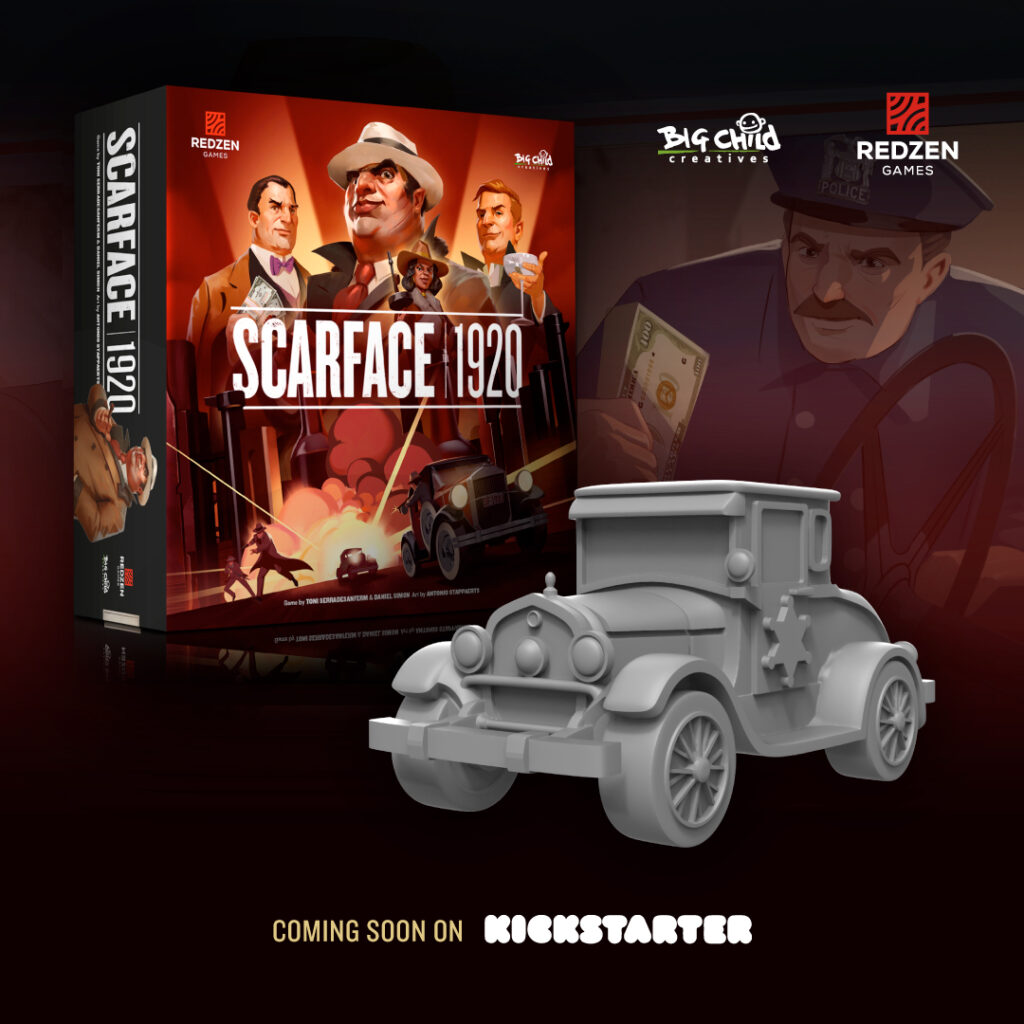 Police cars start each game of Scarface 1920 in the central district of Chicago, although each of the cars can be moved, at will of the players, depending on the abilities of some characters. This way, each police car can act as an ally or an enemy when conquering the streets of Chicago.

Bigchild miniatures, one of the jewels of Scarface 1920

The Scarface 1920 vehicles are amazing miniature replicas of the models of the time and have been made entirely by Bigchild Creatives, one of the reference companies within the sector. In fact, Bigchild has also been in charge of the design and modeling of the miniatures of the Scarface 1920 bosses, some of them already revealed through our Instagram account, and the rest of the miniatures that make up the game and that will be revealed very soon.

The miniatures, in addition to being one of the most amazing elements of Scarface 1920, are key to complete the immersion in the time in which the game is developed, that is, the Chicago of Prohibition. After all, who wouldn’t want to get in Al Capone’s car and drive to the city’s throne?