Friends, straight to the point: Scarface 1920’s “Notify me on Launch” button is now live on Kickstarter! That means you can now sign up for Kickstarter to notify you when our board game sees the light.

Do you know why it is very important to hit that button? In Scarface 1920, as in the gangs of the 1920s, loyalty pays off. In this case, in the form of an exclusive gift for those who back the game during the first 48 hours. We repeat: exclusive gift. Specifically, a spectacular miniature developed by the people of Bigchild Creatives and that will only be available for free during those 48 hours. Run, hit the button!

NOTIFY ME ON LAUNCH

As you already know, Scarface 1920 is a super immersive board game set in the fearsome Chicago of the 1920s, in the era of gangsters, which invites players to lead one of the four gangs that aspire to dominate the city. 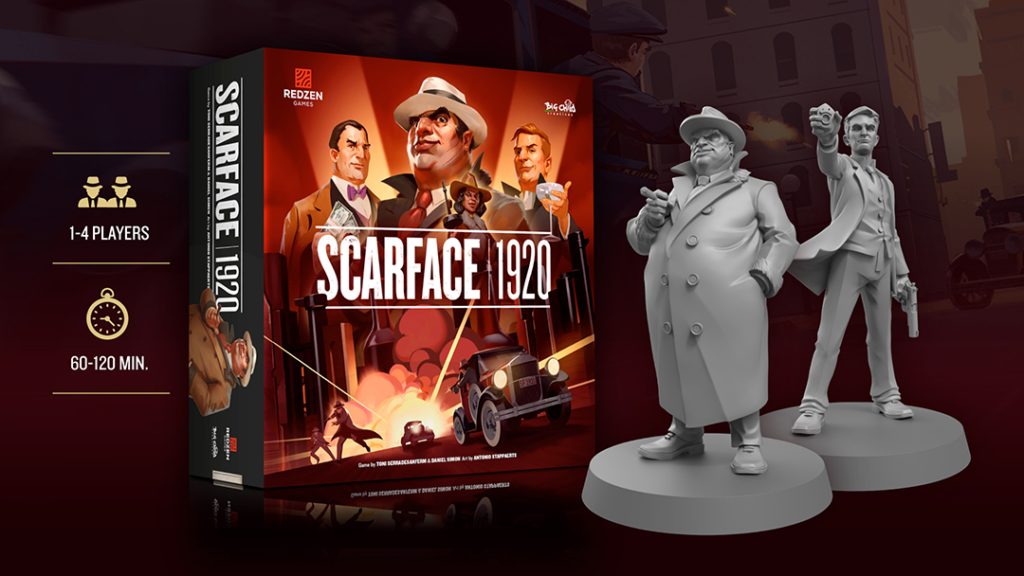