Scarface 1920 funded in Kickstarter in… 55 minutes!

We have already been funded in Kickstarter and it seems it was just an hour ago when we launched… Wait, it was one hour ago! Scarface 1920 has been funded in just 55 minutes!

From Redzen Games, the publisher that has developed Scarface 1920, as well as from our friends at Bigchild Creatives and our illustrator, Antonio Stappaerts, we want to thank everyone for having achieved this important milestone in such a short time. 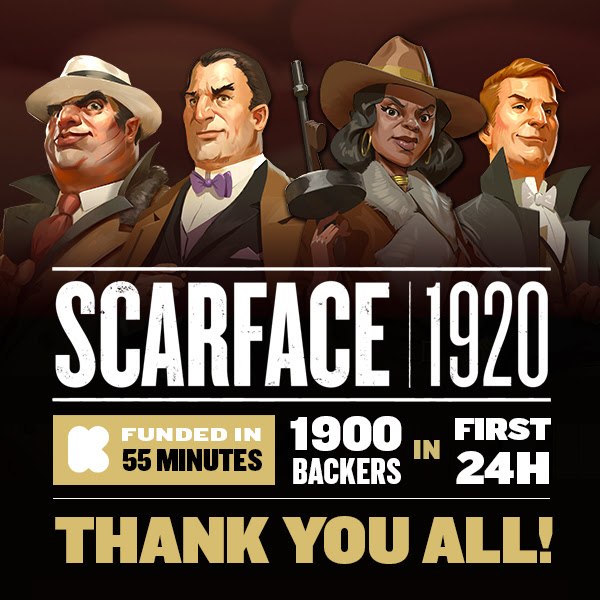 As you know, Scarface 1920 is a game that mixes worker placement, area control and deck building mechanics and takes place in Chicago in the 1920s, the era of gangsters and Prohibition. What you do not know, and we are telling you now, is that behind our first board game there are tens of thousands of hours invested, many documents sent to the recycling bin (and also recovered), many sleepless nights and more than another test game.

So thank you, thank you to everyone because Scarface 1920 is going to be released. And this is just the beginning. Starting today, we begin a race to unlock a lot of stretch goals that you are going to love. Follow the campaign on Kickstarter!