DISCOVERING THE CHICAGO OF SCARFACE 1920: A WALK THROUGH THE BOARD

Scarface 1920, the first game from Redzen Games, is set in Chicago in the 1920s, during the Prohibition, and invites players to get into the shoes of one of the four bosses trying to take control of the city. To do this, they must expand their illegal businesses, use their influence with the authorities, keep the police under control and never lose sight of the Federals.

One of the most spectacular elements of Scarface 1920 is, without a doubt, its board: a replica of the Chicago map of the 1920s that is divided into seven districts. Each district contains neighborhoods, and within each of these neighborhoods is where players will be able to open businesses.

Players will be able to move freely through the seven districts on the map, on foot or using the gang’s cars. Moreover, they must do so if they want to assault enemy neighborhoods or defend their own, since that is one of the keys to each game: to extend control over the territory and dominate neighborhoods to increase the traffic of alcohol and weapons. 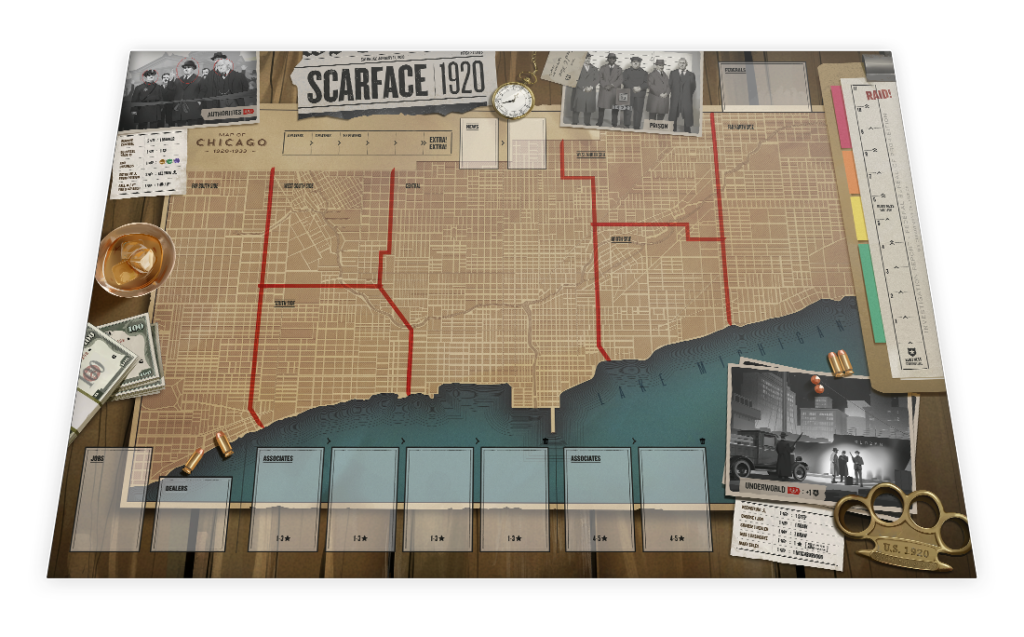 One of the key places of the Scarface 1920 board is the underworld, which players will have to visit often to perform numerous actions. What can we do in the underworld? 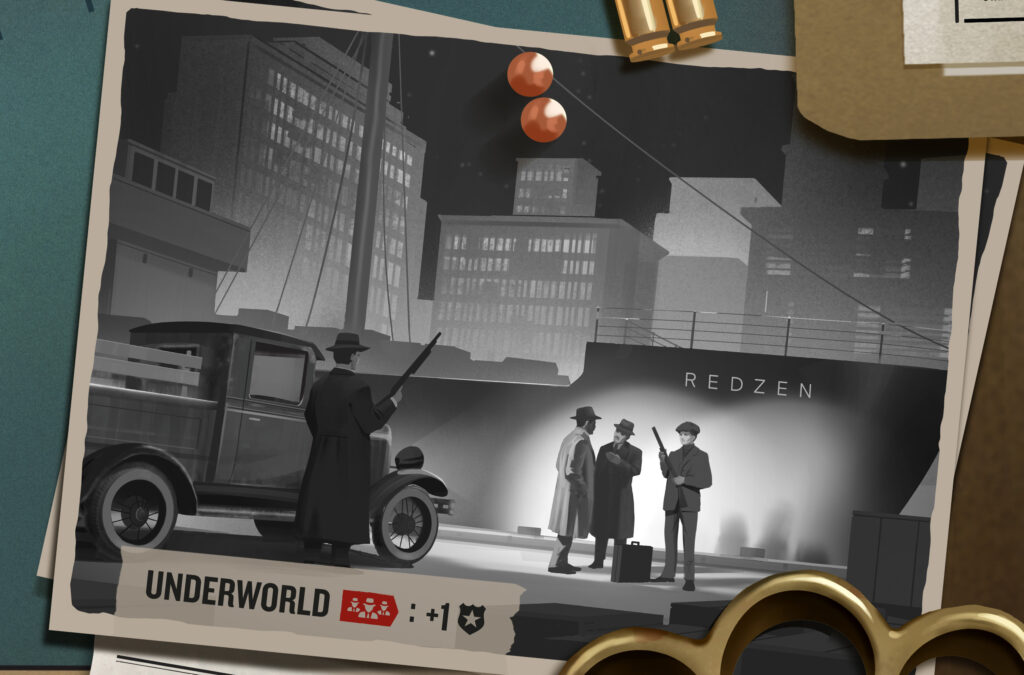 The other key place on the board, in addition to the underworld, are the Authorities. In Scarface 1920, players must spread their influence across Chicago, both on the streets and in the underworld, but also among the circles of power where important decisions are taken, where the favor of judges is bought, or where more than one politician is willing to turn a blind eye to certain things happening in the city. What actions will players be able to carry out in the Authorities? 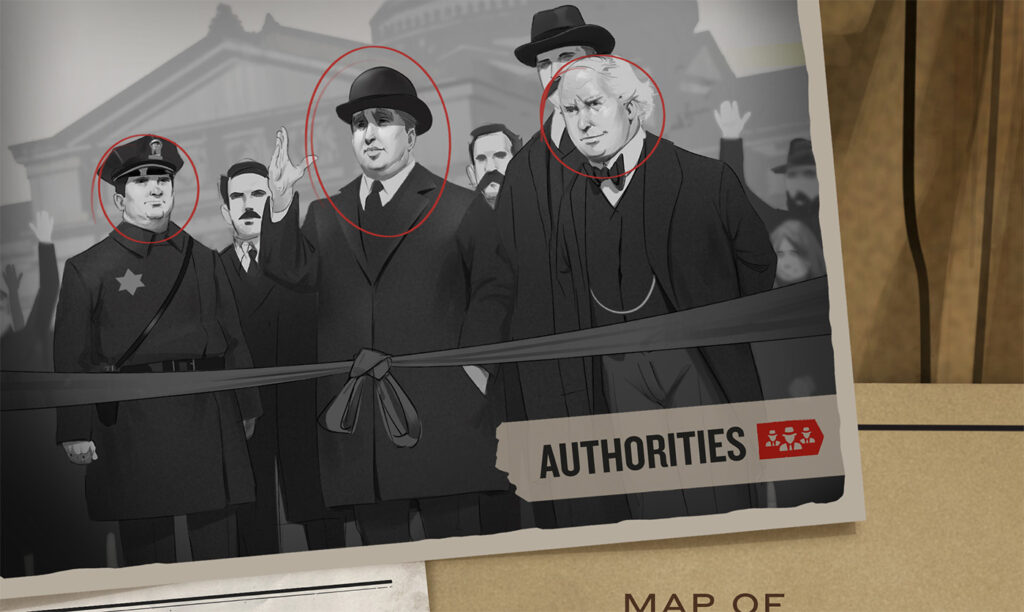 It’s called a prison, but we could call it the second home of your thugs. Yes, in Scarface 1920 you will carry out numerous criminal actions that will put your men in jail. However, as we have seen recently, using your influence in the Authorities will allow you to free your men and send them back to the streets of Chicago, an action that you can also carry out through your lawyers. 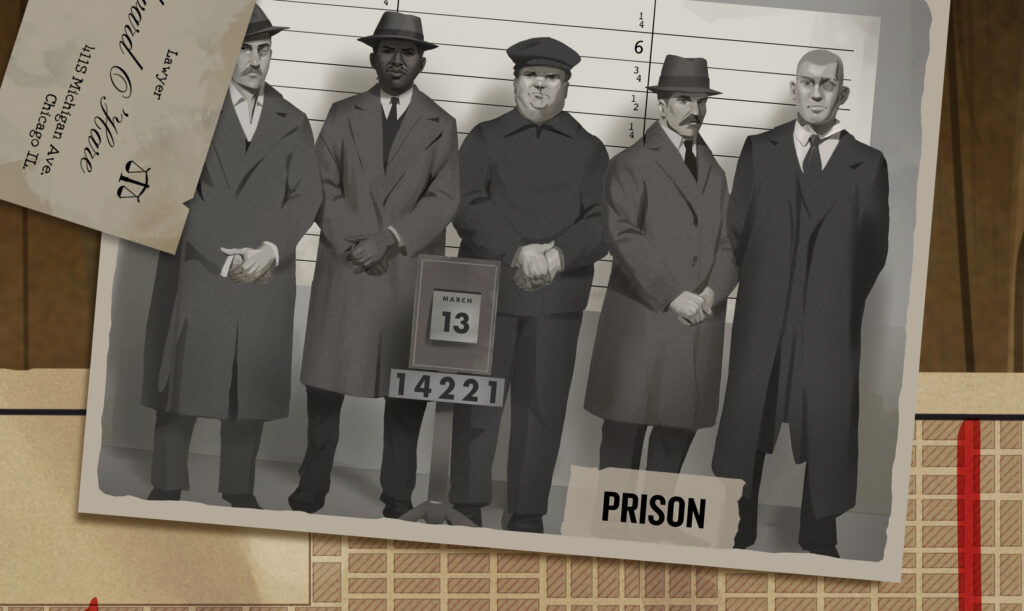 Scarface 1920 players aspire, among other things, to build the most powerful deck in Chicago. To achieve this, they must go to the Associates common market, a strategic place on the board where powerful characters will appear, ready to be hired. 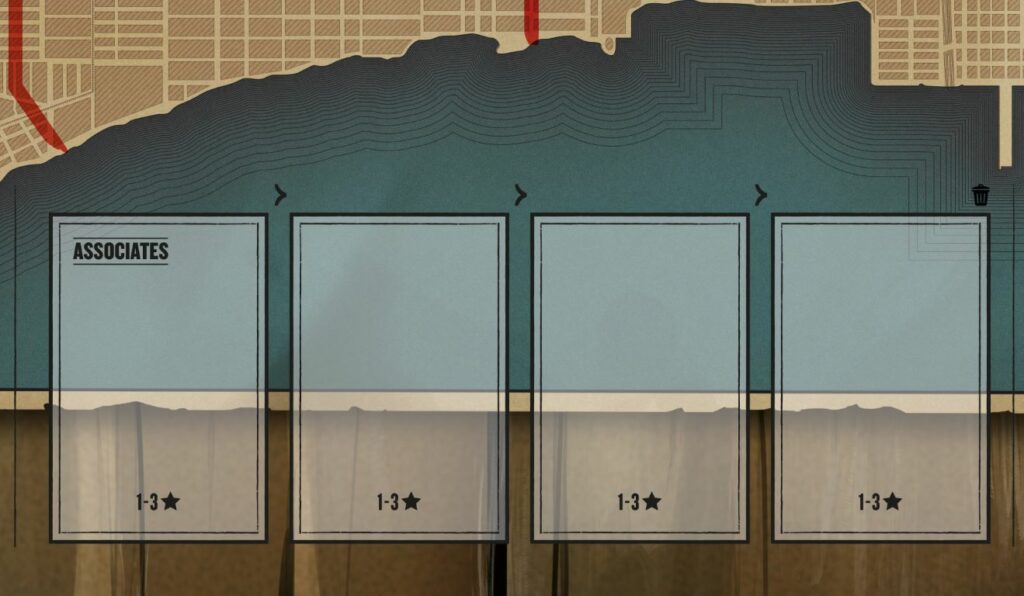 The game is set during the Prohibition, which lasted from 1920 and 1933. The exercise of immersion in the era proposed by Scarface 1920, through its aesthetics and realistic components, is also completed with the development of the rounds. In each one of them a newspaper will appear and slightly change the rules of the game, with something related to the real news of that time. Do not lose sight of tomorrow’s newspaper, everything could change in the blink of an eye. 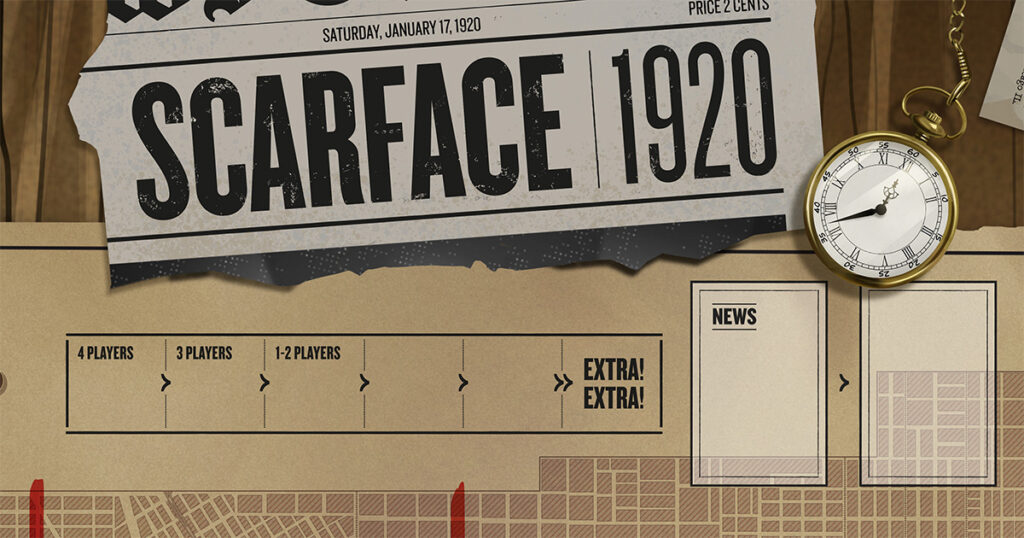 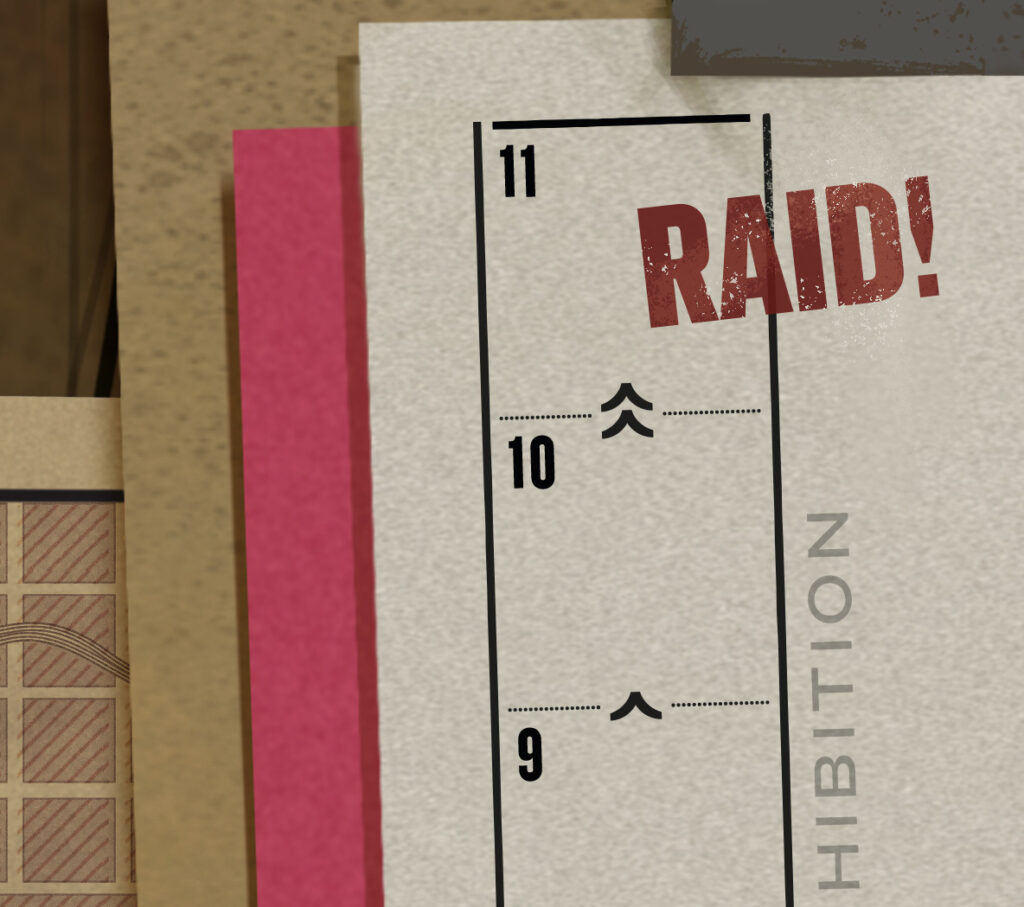 Players will have to compete with each other for the throne of Chicago, but they will have a common enemy: Eliot Ness and the Feds. Many of the actions they carry out will increase their crime rate, to the point of unleashing raids that will be a risk to the structure or power of the gang. Don’t lose sight of Eliot Ness… because he’s not going to do it at any point.